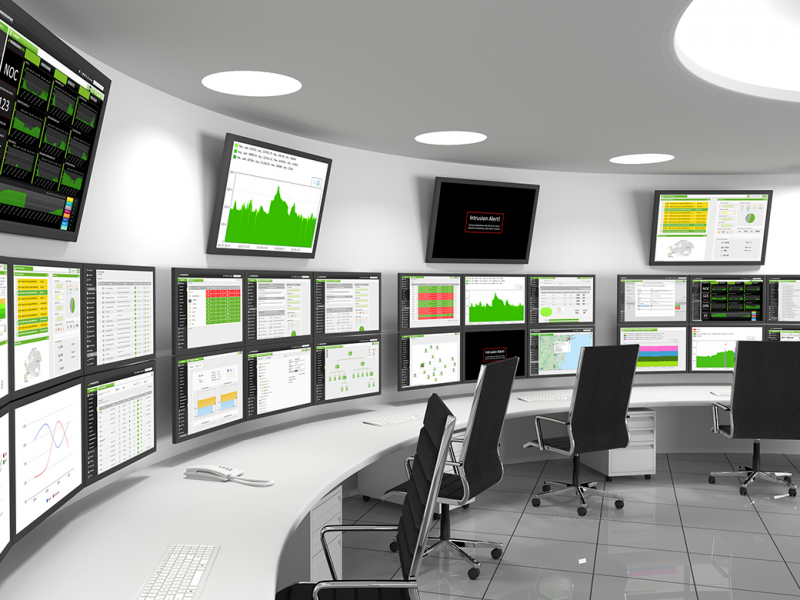 Sustainable and smart city development is the objective of multiple countries in the world, including Vietnam. In Vietnam, there are around 20 provinces/cities that have been executing smart city projects.

Meanwhile, the cities are facing a lot of challenges such as the city’s infrastructure not meeting development needs, incredibly fast increase in the number of means of transport. In the inner city, roads are becoming overloaded, public traffic systems are ineffective and resources to develop facilities, socio-economy, high technology are inadequate, etc.

In order to deal with the issues above, Viettel proposes the construction of Intelligent Operation Center as a general brain that controls and operates the entire activities of the city via data collection and standardization. At the same time, the Center will analyze, process and provide reports, decisions and direct the city’s activities, effectively serve the chief officers, agencies and units.

Integrates all cameras in the City. Smart image processing via biometric recognition algorithm helps the search for suspects, detects and automatically alert to behaviors and legal violations such as gatherings, protests, fights and trespass of restricted areas, etc.

Integrates emergency response services for citizens into a single prefix: 112 instead of 113, 114, 115, equivalent to 911 service of the USA. The center provides advanced functions such as Subscription number location, display of the digital map, camera control focusing on areas of incident, then quickly grasp information of the scene where the incident happens. Supports the functional force in determining the location of the incident, optimal identification of routes. At the same time, interactively coordinates and supervises units regarding the process of scenarios such as emergency, fire prevention and fire fighting, etc. Maximize the utilization of resources in each area to process the scene.

Collects concentrated data of the database from different sources such as Data from specialized applications; Data from central systems and Data directly imported from separate data files. Cleans, standardizes, builds Data mart, Data Model for fields and areas, and summarizes statistical reports, graphical reports, in-depth analysis reports supporting the City’s decision making. Then, proclaims and provides socioeconomic information for agencies, organizations and individuals according to regulations of the law.

Plays the role of an online communication channel with the citizens and tourists. This is where all requests, queries of the citizens over the city’s socio-economy via communication channels such as support center, mobile phones, social media, etc. By using artificial intelligence combined with callbot, chatbot, etc., it performs automatic response to administrative procedures, commonly searched information and direct interaction with the consultants. For advanced calls, allowing consultants to transfer calls to specialists of departments to quickly and flexibly answer the citizens. Supports Departments in supervision, management and active operation of citizen’s petition reception and process.

Was built to oversee the entire information of the city on the cyberspace. Actively detects information crisis in early stages for the city, sub-units and head of the city by collecting data from 1 million news websites, over 40 million Facebook accounts, over 150 thousand Groups or Fanpages and all Youtube channels. It uses algorithms such as natural language processing and data exploration: Automatically separates words, fixes vocabulary errors, extracts important words and labels words. Then it assesses the article’s nuance categorized according to levels: Positive and Negative. Simultaneously, the Center can broadcast/alert press agencies and all provincial/city’s citizens to information upon requests.

Traffic management problem requires a group of systems related to video processing (VMS, IVA), to alerts and incident management (CAD, GIS). The operating problem has a very diverse deployment model (single-level/ multi-level, centralized/ decentralized, multiple operators), therefore it is necessary to have the ability to flexibly connect component systems, be able to manage connection changes, create decoupling between subsystems. IOC uses API Integration platform for the above purpose. In the first stage, when the new city focuses on the traffic problem, IOC's data mainly comes from cameras such as traffic cameras, security cameras, on-board cameras. When the problem of environment control, energy optimization is posed, IOC will get data from the sensors via IoT platform.

Charts of socio-economic indicators, monitoring and analysis of environmental indicators.

Will be a brainstorm that helps the City leaders supervise, direct and manage activities of the City.

The living and working environment of the people will be better towards a smart and sustainable development city.

Fill out your details and get in touch with us